It was already 2 months ago since my last tournament and I really needed to get my fix. 1,5 year ago I was lucky if I could attend 1 tournament every 6 months but times have changed and 2 months really seemed like a long time. Last time in Hilversum during the Frost Giant Cup I played my Titania’s Song deck to a Top 8 and I was planning to do even better this time. I (variance) proved that Titania’s Song can do pretty well but if it doesn’t work out you always have the excuse of playing a non T1 strategy and have some fun along the way killing people by swinging Howling Mine’s and Relic Barriers at them. 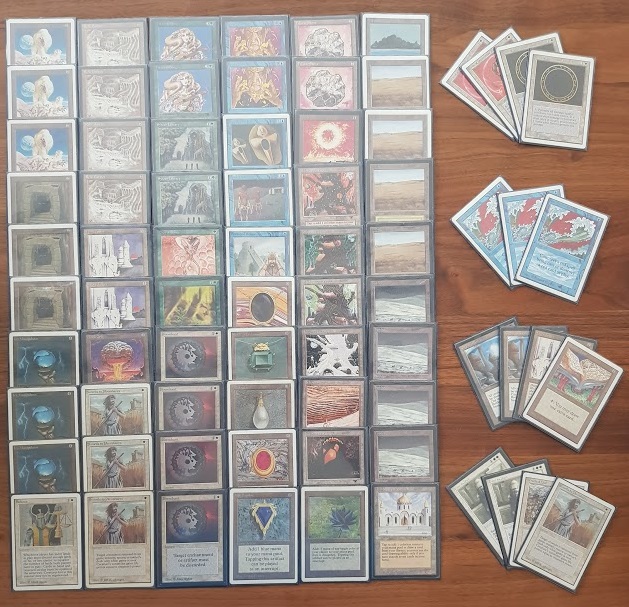 I had to travel a lot in the week before the Hill Giant Cup, returned sick from Paris on Thursday and was feeling pretty bad still on Sunday morning. Okay, what to do? The next tournament after the Hill Giant Cup is my own tournament in May, which I’m not playing myself. The month after is another Gathering of The Knights of Thorn which I can’t attend so not playing the Hill Giant Cup could lead to some serious withdrawal symptoms. What’s really there to think about? I jumped into the car to pick up my buddies and off we go!

First match I play David. He tables a Howling Mine and a Relic Barrier, somebody stole my strategy! Black/White Prison with an Underworld Dreams pointed at my life total is not really something I was looking forward to. Without any blue mana I’m getting nowhere either so that’s an easy loss. Second game, he’s a little ahead but I’m not scared yet. He plays a Demonic Tutor and Time Twists but I still have hope. I draw 2 cards (Howling Mine in play) from his deck, see 2 Disenchants and think I can turn the tide! Huh, wait, what? 2 cards from his deck, okay that might not been the best play so far…. Next match please!

My buddy Bob is playing next to me against Mari. Bob plays every format of Magic and for him Old School is really about playing your power cards with some spicy stuff. He’s been brewing with Rukh Eggs for a long time and today is no different. Mari is on his winning deck from the Northern Paladin Cup,  it’s 1-1 and they are up to their 3rd game which would turn into a Rukh Egg blood bath. On Bob’s first Rukh Egg, Mari plays a Swords to Plowshares. No graveyard, no token and no way to bring him back to life. The next Rukh Egg gets countered by Mari after which Bob plays a blast, mission accomplished although it’s just a 0/3 creature for the moment. Bob plays a 3rd Rukh Egg and Mari’s plays a Swords to Plowshares on which Bob plays a Terror on his own Rukh in order to get a Rukh token. The first 4/4 flyer is in play but Mari has a Chaos Orb in play so…… so what? No orb can touch a 4/4 Flying Rukh Egg token! After this War of the Worlds the flying Rukh can finish the job, now that’s some spicy Magic! 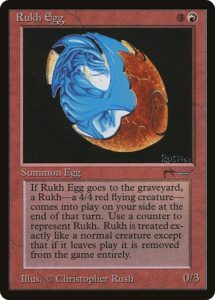 My second match is no better than my first. I couldn’t remember missing my last Orb flip but did in the 1st game. I tried my best but a Mahamoti Djinn finishes me in the 3rd game. If I try to kill people with a Titania Song and people kill me with a Mahamoti I do know 1 thing, I’m in the right spot! I’ve been in Hilversum twice before and had lunch across the street, a fine place for a sandwich but this time Joep had arranged tables at Stout. Stout is brewery with a kind of foodcourt inside and this was really a great spot to grab some food in between games. Well done Joep! 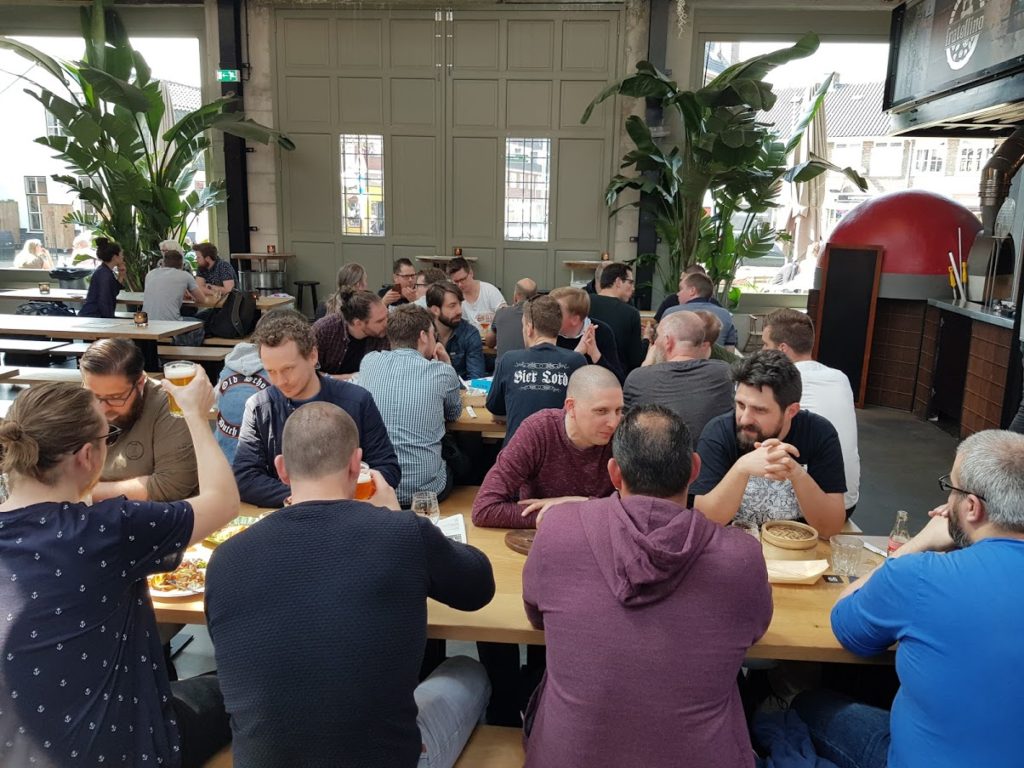 Next Match? Henk! One of my other buddies in the tournament playing his tweaked Mana Vortex/Land Equilibrium deck like last time at the Paladins Cup. Nothing seemed to work for him this day and while we’ve play tested a lot against each other in though matches, this felt like an easy victory for me. The best thing about winning against Henk in a tournament is that you can sign his playmat. 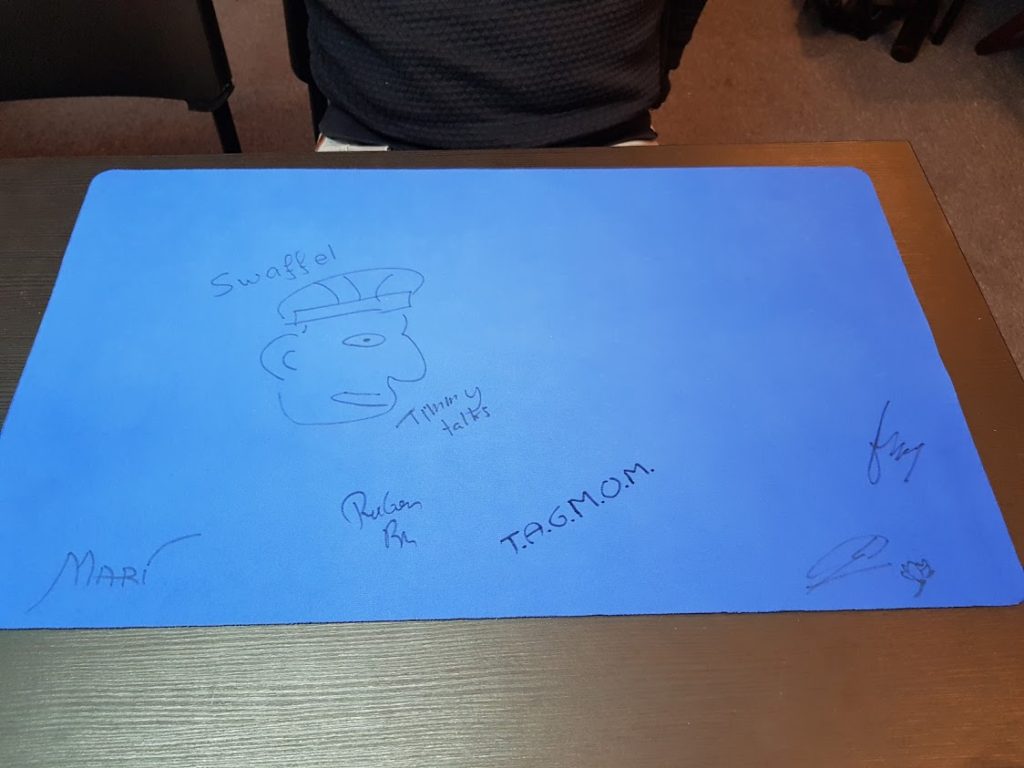 My 4th match is against Thomas, aka Timmy the Sorcerer. Somehow I’m playing Thomas every tournament and most of the time he’s on “Orbaaaatronnnnn”. Today he’s not, he’s on Mono Red Goblins and while I’m not that well equipped against fast decks, with some luck (Ivory Tower, Balance etc) and some nice sideboarding (CoP: Red) it’s 2-2. No way I’m going to make Top 8 but 2-2 isn’t that bad, however the finals of the Ronde van Vlaanderen are about to begin. I play Ruben in my final match but I’m probably paying too much attention to my phone at this moment. Sorry for that Ruben!

2-3 just like Wouter and Bob, Henk did slightly worse. Tournaments on Sunday’s are fine but the downside is always that you feel like going home as soon as you’re done. Since nobody made Top 8 and we also didn’t plan to play the Revised Only Side Event (ROSE) it’s time for us to go home. Eventually it’s Evert who takes down the tournament with his Guardian Beast heavy, Sedge Troll deck. It was about time to be honest since I think Sedge Troll is really a T1 deck in the Swedish format and was actually looking forward to play it myself in any of the upcoming tournaments. Not sure if I still want to now but let’s be honest, if you are trying to spike a tournament there aren’t that many decks to pick from. 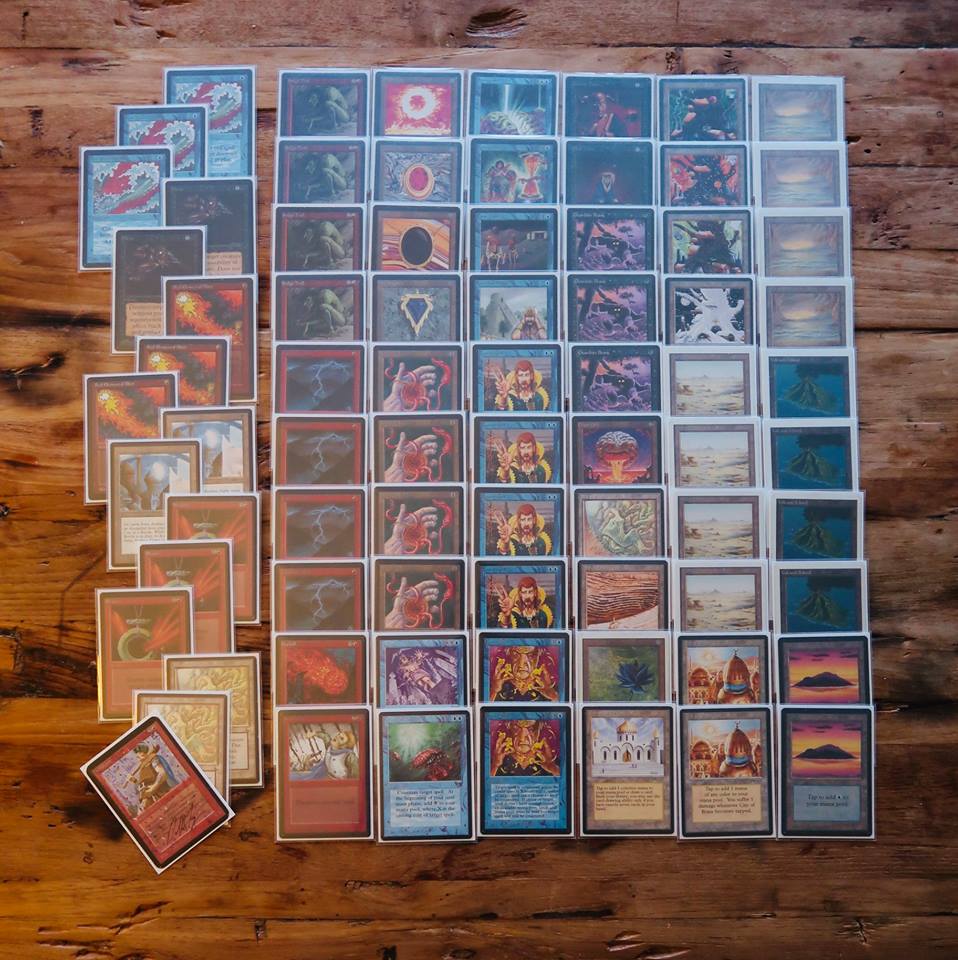 Another great tournament hosted by Joep in the books! I was able to meet up with some new people like Lorenzo and Peter Monten (who are also going to join the Raging Bull Series) and meet up with Wizards with whom I’ve been playing for some time now. This community keeps amazing me since we all seem so passionate about the same thing. It’s competitive but not really, it’s about high value cards but not really about money, it’s about playing a game but even that sometimes seems just like the thing that brings us together. See you all next time! 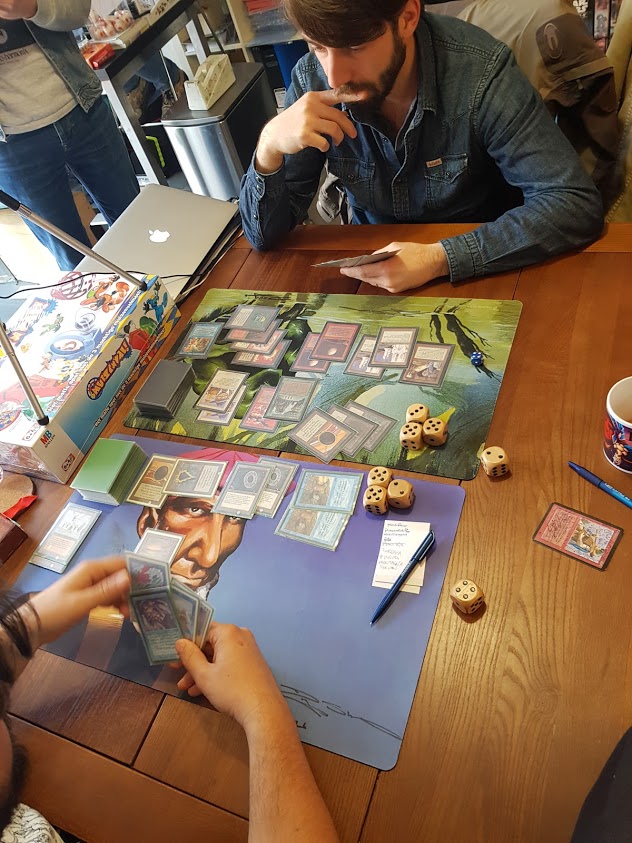