The 1st Raging Bull Series is in the books and I really don’t know where to start. I was certain I wanted to do a full coverage “Eternal Weekend” style so if you recognize some of the lay-out, that’s correct. Let’s begin by saying it was a real honour to have 46 players from all over Europe to come to a 100% Swedish legal tournament which was organized for the 1st time ever. I think it only shows how eager the Old School community is to play events and how attractive Amsterdam sounds to foreign players, since 16 players made the trip from abroad.

Let’s go through some of the stuff that happened during the Raging Bull Series, there’s so much to tell:

– Leo and Daniel landed at 09:00 in the morning just to play the Raging Bull Series. They had a return flight at 21:00, twelve hours in Amsterdam, only to play Old School! It was the first time meeting Leo and Daniel and when they got downstairs to register they already had half a litre beer in their hands. At that moment I knew this was going to be a good day!

– The tournament started at 11:00 and since we had a hard stop at 21:00 I didn’t want to start late. Obviously some people were late and it was easy to guess who: The Italian Fishliver Crew with whom I had played Magic all Friday evening and who were sleeping in a 6m2 houseboat with no shower. Megu did bring some beautiful prizes for the tournament and raffle so all was forgiven 😉

– Antoine is a great Magic player from Belgium and often takes his son with him at events. This time was no different but when Antoine came in I was a little surprised, his son was much younger than I expected! His oldest son needed to study and while his father would have loved to take him with him, it would have been bad parenting. So he took Evan to Amsterdam, who’s just 9 years old! Evan played alongside his dad so he could ask some (rule) questions every now and then. In the main tournament things didn’t went so well but he did manage to reach the finals of the Pauper side Event!

– In total we had 5 players playing “The Deck”, 4 of those players made it to the top8! Everybody who just wants to have some fun certainly isn’t going to play “The Deck” so it makes sense that all “The Deck” players did so good. The best “The Deck” player, Nick, received a revised Grizzly Bear since: “Sometimes the bulls win, and sometimes the bears win. But the bulls have more fun.” is Raging Bull’s flavor text. This was the only revised card allowed in the venue for the day 😉

– 3 weeks before the event I told a colleague that I would host an Old School Magic event in Amsterdam. He still owns a great collection of cards but hardly ever plays and never played Old School before. He ended his 1st event as 14th, missing the top 8 by 1 win in Round 5, unpowered! A Nether Void Land Destruction deck with the spicy Word of Command, how Old School can it get?

– Remember Leo who flew in for 12 hours just to play the Raging Bull Series? He made the top 8! Actually he made the finals but because he needed to catch his flight at 21:00 he couldn’t play it, so Megu played the finals instead! Now do you also remember who was late so the tournament couldn’t start on time? We strongly believe it was all part of Megu’s master plan 🙂
Leo left the venue well after 20:00, not in a lifetime will you ever make it on time if take-off is at 21:00, somehow Daniel and Leo made it, these guys have serious travel skills!

– So it was Megu against Nick in the finals, Deadguy Ale on Steroids vs The Deck. I would have been happy with either one taking it down but in the end Megu did! A great champion for the 1st Raging Bull Series.

– Next to that we had a Pauper Side Event which started at the same time the Top8 started. The format is probably a little slow but 11 players made a great effort to win the Side Event. Simon played the 9 year old Evan in the finals and took down the other beautiful sketch made by Randy Asplund.

– Each registered player received 1 raffle ticket and for each Raging Bull donated to the organisation you would get 1 additional ticket. 154 Raging Bulls were donated (Thank you!) which means we had 200 raffle tickets in total. 114 (111 donations) were owned by the 3 Italians (Lorenzo, Megu & Matteo).

– Florian was 1 of the lucky players who won something in the raffle. That this was an Unlimited Disrupting Scepter which goes so well with his love for Eternal Central rules, Fallen Empires as a set and Hymn to Tourach as a card was 100% random.

– Stijn was the lucky man to win the “The Dark” booster. Stijn opened it on stream which will be released later by Timmy the Sorcerer so I wait a little with spoiling the outcome but opening is always priceless!

– For the most creative brews we had Amsterdam brewed special beers. It’s incredible hard to award just 1 deck so we awarded 3. Marten, Gideon and Robbert won the prize for most creative brew, check out their decklists below!

– Erwin is a hardcore Old School player and likes a beer. Only 1 time during the day I caught him without beer, so I immediately rushed to the bar to get him one. Erwin is like a whale, you can’t let him dry up! During top 8 Erwin was gone for an hour or so, his stuff left behind at the venue. Nobody knows what really happened but I was extremely happy everybody kept him wet during the day because else he might have died!

– About that drinking…. The Venue hosts Magic players already for 25 years and FNM and MNM magic are a stronghold since forever. We told them upfront that Old School players were a little different than the average Magic players. Well, we certainly didn’t lie! They loved having us and I think all of us loved the Old School vibe of the venue as well!

So I guess it’s a wrap. Below you can watch all video’s created by Timmy, pairings, results, archetypes, decklist and some additional random shots! Raging Bull Series will definitely be back on the calendar next year, announcements will be made in due time. Again I want to thank everybody for coming to our event, it was a blast and truly an honour to have you!

During the Raging Bull Series we streamed live on Twitch. Timmy the Sorcerer is cutting the complete stream in separate matches and has added commentary to them: 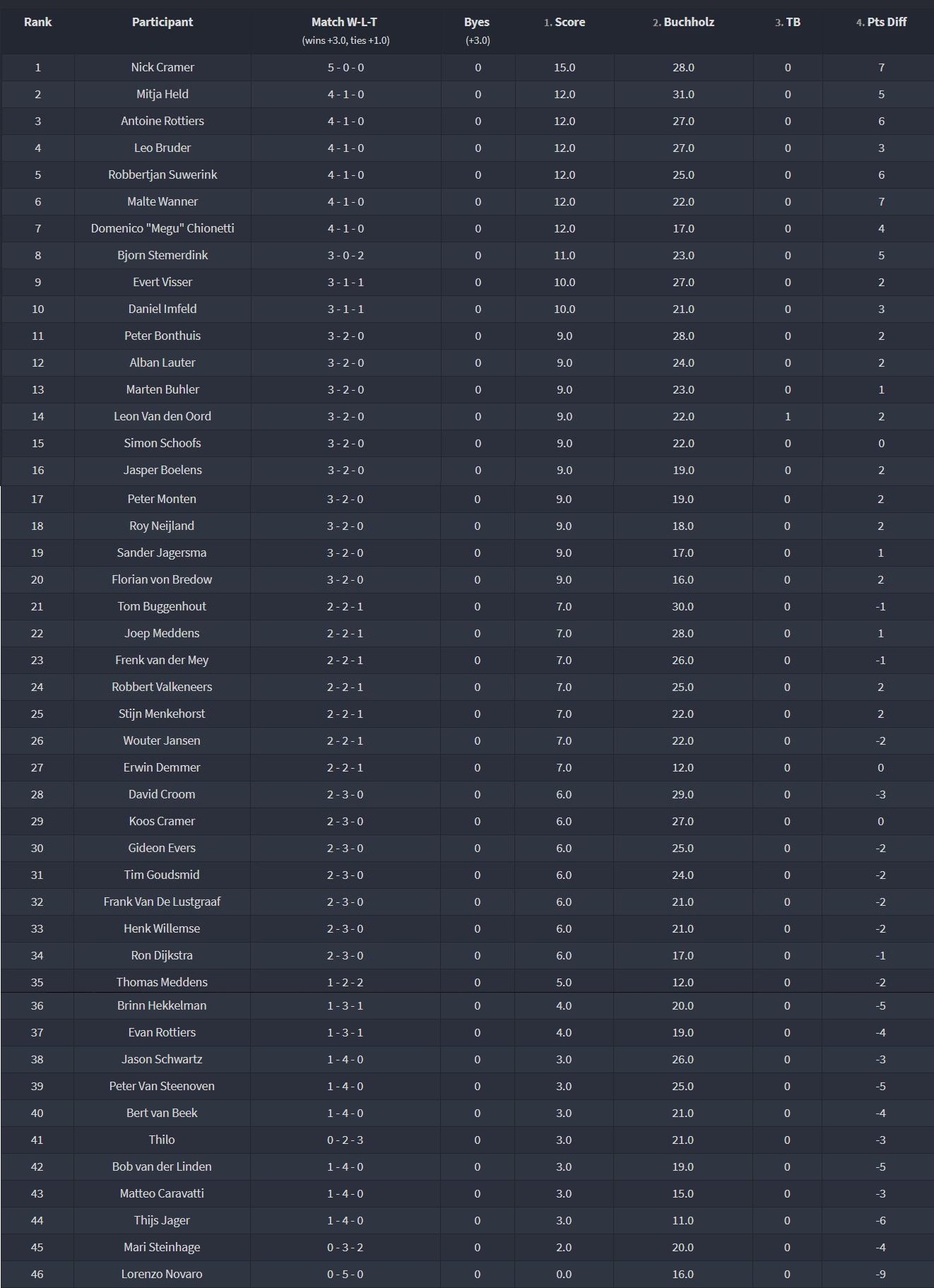