Let’s give a little bit of an update on Magic Reborn in general and specifically my own progression so far.

We’ve kicked off the Reborn league on the 4th of October with a Sealed deck tournament. You can check out the tournament report here and looking back at it a couple of months later I remember it as truly awesome! Opening a starter deck is even more special then a boosterpack, 4th edition is a great set for limited and the addition of Chronicles was beyond expectation. The trading frenzy that started right after the tournament and continued the next day via what’s app was cryptocurrency level FOMO.

6 weeks later we played the Fallen Empires draft and while the Fallen Empires cards are a little underwhelming as expected for the constructed part of Magic Reborn, the draft itself was again beyond expectation. Beforehand I expected a lot of long and boring matches and while most matches were indeed long, I had a lot of fun. Again, you can read a tournament report here.

So the 2 tournaments were a success but due to availability of people our next tournament is in March. This means it’s pretty hard to get the momentum going and while I’m certain people will get excited once we are getting closer to the next tournament, Reborn is not top of mind at this moment. This is definitely something I had anticipated and also something I’ve stressed to all participants. Reborn will be a 2 year journey because unfortunately we don’t have to luxury (anymore) to meet up monthly which would give this League a completely different buzz. The fact that most of us are dependent on Old School tournaments to meet each other makes it hard to play casual Reborn games and trade. Most people bring their Reborn cardpool to the tournaments but at that moment there are other things to focus on, again it all makes sense.

Since the second tournament was Fallen Empires only, hardly any interesting cards for the constructed part joined the cardpool. During our next tournament we will open 1 * 4th Edition Booster, 1 * Chronicles Booster, 2 * Ice Age Boosters and 1 * Homelands Booster and I think things will get really interesting after! Currently our first constructed tournament is scheduled after this draft which means everybody will have to start trading. The trading really got crazy after the first tournament and it’s really a great aspect of the League. While some already have traded as much as they could (like myself), others haven’t started trading at all since they first want to open more Boosters before deciding what kind of deck they are going to build.

For me Reborn is a great way to be able to play limited MtG and at the same time go beyond the 93/94 cardpool without jumping into premodern. Since then, Alice has become a little more popular and obviously Scryings is the next big thing. This probably makes the Reborn League a little less “special” but I’m all for more creative (side) formats. I’m going to jump a little into Scryings myself and it’s obviously a completely different format so the only real overlap is some of the cards. I’m really curious what people will be able to build from the Reborn cardpool. All-in-all I love the journey so far and I can’t wait for the next tournament. Ice Age is the set that was just released when I started playing, so the nostalgia factor will be at its peak!

I was certain I wasn’t going to trade any cards after the first tournament. Opening more boosters and choosing which colors to play later was definitely the way to go. Beforehand I had a slight favor to end up with Red/Green but since the first tournament was a sealed deck it all came down to what I would open. My deck looked like this: 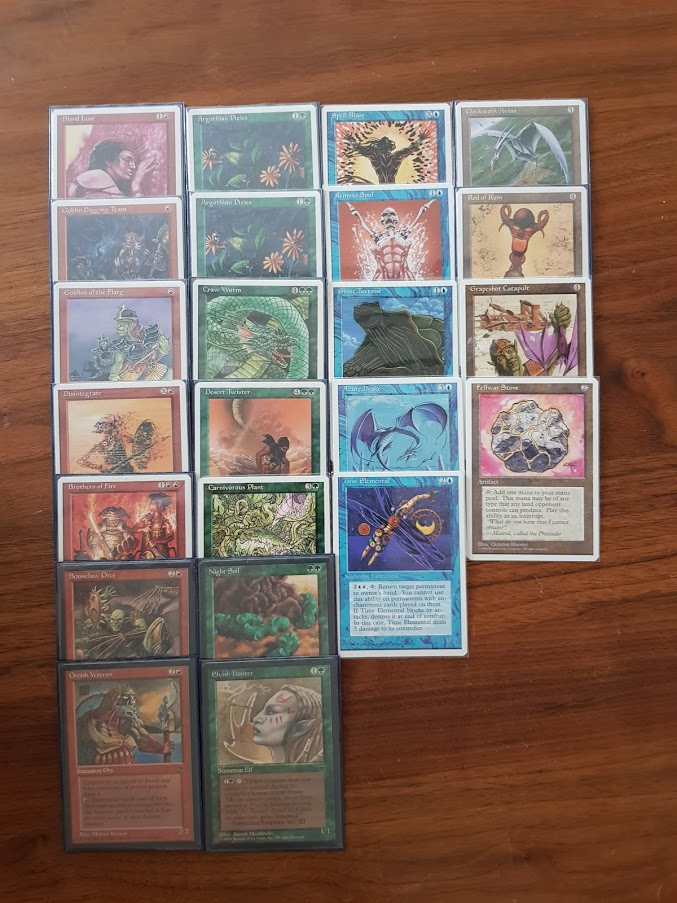 Okay, tournament done, let’s go home! Well, as already mentioned things got crazy. A couple of people started trading and cards like Fireball, Azure Drake and other great cards for constructed exchanged hands. The problem with something like Reborn is that once a premium card exchanges hands, it’s very unlikely they will change hands again. Whoever trades towards a Fireball is unlikely to trade it away later and this is something I hadn’t considered up front. Another thing to take into consideration is that some cards get worse once opening more packs, because there are either better alternatives or plenty of them around later. As an example, since Hymn is restricted in constructed and we still were going to open 6 FE Boosters each, trading away your Hymn now was a good tactic.

In order to make trades you have to pick what kind of decks you are going to build. While I didn’t have any great green/red uncommons or rares I still wanted to go for it. Blue just isn’t my color and the Disintegrate is at least 1 premium card together with some nice creatures. I started trading that 1st evening and continued the next day. Till now I’ve made the following trades: 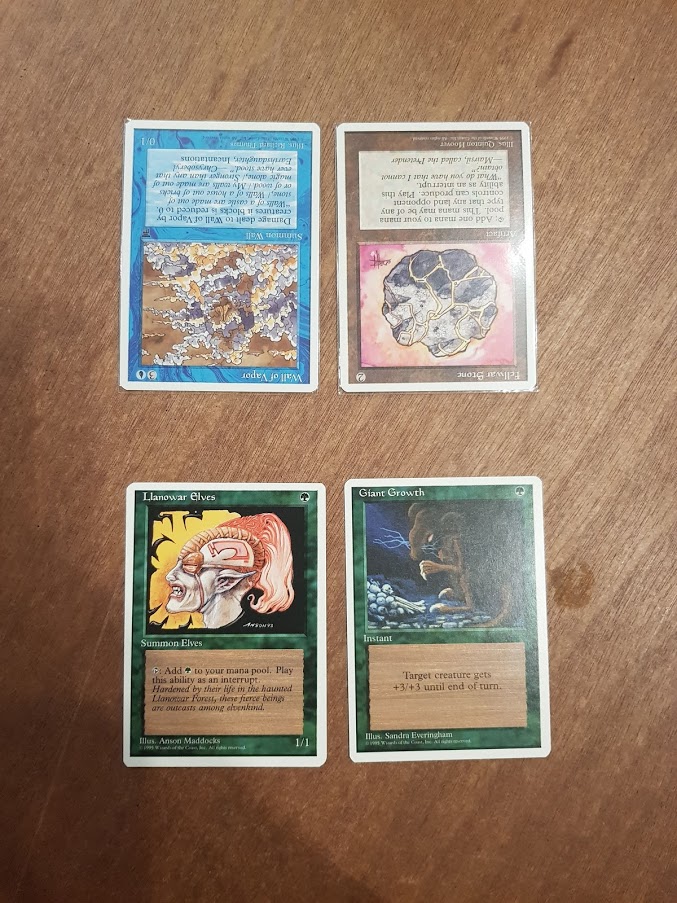 So I’m definitely making progress to get a nice Green/Red deck and I have mono Red in mind as my back-up strategy. With Ball Lightning and Dragon Whelp I got some killer Red cards. Brothers of Fire & Fire Drake are probably not going to end up in my final 60 but all others probably will. I’ve traded most good cards I had away by now but I still got a Time Elemental. This card is good on its own already but the cardpool does contain 1 Stasis, 1 Kismet and at least 1 Black Vise, so you never know if somebody decides to build Stasis (Henk where are you….). Joep is crazy enough to build Tron, he already has a full set of Tron lands!

After all these trades I’m able to build a 2 color 60 card deck. After the next draft I hope to be able to replace some of the weak cards. About 4/5 players still have to start trading so there are still a couple of great cards to trade for. However currently I don’t have any material to trade so it’s unlikely I will get my hands on those. These players will need to start trading after the next event in order to have a constructed deck ready. It is to be expected that not everybody will have a great deck just after 3 tournaments. Likely most decks suck, that’s kind of the intention of course. After 6 tournaments we should all be well underway and I can’t wait to see everybody’s final 60. For the coming draft, drafting Red/Green might be the obvious choice but I didn’t do that during the Fallen Empires draft either. Getting good material for trading is a good strategy as well but the primary goal is drafting a good deck. Whatever happens, opening is always priceless