The 2nd Raging Bull Series is in the books and it’s (again) hard to describe what happened throughout the day. Last year the vibe in Amsterdam was fantastic and I had hoped to re-create that this year again. The live event was capped at 64 players and already full somewhere in January. But due to COVID-19 causing havoc across the globe the only option was to move the tournament online.

I’ve played 2 online 1-day tournaments prior to RBS, the SiaBorg pre-N00bcoM tournament and The Havenwood Battle. If you can free up your agenda and play all day, these are the next best thing after a real-life tournament. These tournaments were both organised really well so I could copy/paste a lot for RBS. When Thomas offered to stream the whole tournament I snap called, because this was the only way to try and bring across a little bit of the vibe of last year into everybody’s living room. Big thanks to Thomas for streaming live all day, it wouldn’t have been the same without and I enjoyed it every minute.

Not all people who play live want to play online so when sign-ups for the online event opened there were plenty spots to take for people who wouldn’t have made it to Amsterdam. This is obviously one of the upsides of hosting an online event and the field was filled with players from all over Europe. Jeff and DFB were even crazy enough to play from across the pond waking up at ridiculous hours. Eventually 44 players showed up in the morning to play 6 rounds of Swiss followed by a Top 8.

All players had to send in their deckpic so Thomas and I could select fun matches to stream. The idea was to pick as many spicy decks during the Swiss since we would see the spiky decks eventually in the T8. When looking to all these deckpics I didn’t see a lot of standard T1/T1.5 decks. A lot of people were bringing more spice than usual. I think this is partly due to the fact RBS is 100% Swedish legal, which leaves less options for most players. However, I also think this is because the amount of time we’ve been playing online lately. At least in the Netherlands we’ve played a lot online thanks to Henk’s Corona Cup’s (now ODOL) in which most people were trying out a lot of funky stuff. The amount of Diamond Valley decks I’ve played lately are huge, while live I’ve hardly ever seen 1. When playing live you can bring a spiky deck and have fun on the side. Online it’s a little different so people tend to play more “fun” decks. Now don’t get me wrong, I love spiky decks and normally play 1 myself. Next to spicy decks, 13 people played unpowered and not only people who didn’t have power, at least 2 people who own Swedish legal power opted not to play them. I think the meta was awesome to play in this year, definitely much different from last year when we had 4 times The Deck in T8.

We started the stream with Edo vs Erwin. Edo who played the Elephant (Graveyard) Deck played a very tight game 1 but eventually lost both games to Erwin’s Arabian Aggro. This was followed by Jeff on UW control vs Francesco which we had to stream because Francesco was playing with Ghost Ship, Air Elemental and a Cyclopean Tomb. While I’m normally not a big fan of watching counter/control matches, the first game was 1 of the best games I’ve ever watched on stream. Audun vs Juan was streamed next since we hoped to see Ali from Cairo in action, unfortunately for Juan, Audun didn’t even need 1 to win. Jordan Boyle on fish vs Koendert with a beautiful Brown/White Abu Archaeologist deck was a blessing to watch as well, with Jordan pacing himself to victory. Proof that the most fun games are played at the bottom tables was shown in R5 when we aired Alexander with his Mono Green Alpha only deck vs Wouter on Diamond Sphere. Funny enough we had already seen a Diamond Sphere deck in action when we quickly switched in R3 after the 1st match ended to Slanfan vs HW-MTG. Both Wouter and Slanfan were playing a deck with Diamond Valley, Wall of Earth and Gravity Sphere! Just awesome to watch. The last match during the Swiss was Ole on a very aggressive Artifact Berserk deck beating David on Serrageddon. Ah, and let’s not forget that we were just in time to see DFB missing his Orb flip against Ivo to lose the game 😉

For T8 we started with Brother Stebbo vs Juan. From what I remember Stebbo started with a mulligan into Mox, Land, Tutor, Lotus, Timetwister after which eventually Juan got the better of him in 3 games which involved a somewhat manascrew. Semi Finals was a game of Florian’s Robots vs Lukas’s RGb 1/1 army. G1 Florian couldn’t get a proper manabase going and was overrun by Lukas. In game #2 Artifact Blast, a card that hardly ever sees play, became MVP after casting 3 in a row.

The final was a game between Juan and Lukas. Juan is one of the organisers of the monthly LCOS tournaments in Barcelona and showed Henk, Nick and myself around in the city for 3 days. If you ever have the opportunity, go there and play! Lukas, our friendly German who we count as Dutch (he speaks Dutch since his wife is Flemish) made the 1/2 finals or RBS last year as well with a similar deck. The total amount of Power 9 between these 2 decks? 1 Mox Emerald from Lukas. The finals were epic, live on stream and were the icing on the cake for a fantastic day. Lukas eventually won and is now the reigning Raging Bull champion! Juan already won the prize for the best unpowered player and Edo topped it off winning the spice prize with this Elephant (Graveyard) Deck.

That’s it! Below you can see the link to the livestream, pairings, results, archetypes and decklist! Raging Bull Series will definitely be back on the calendar next year, announcements will be made in due time. I want to thank everybody for playing the Raging Bull Series: Online, it’s an honour to have you and I hope to see you all live somewhere soon!

Live stream by Timmy the Sorcerer

During the Raging Bull Series we streamed live on YouTube. You can view the complete stream on YouTube here: https://www.youtube.com/watch?v=FgZILbpORts

If you want to watch a round and want to jump straight to the start click here: 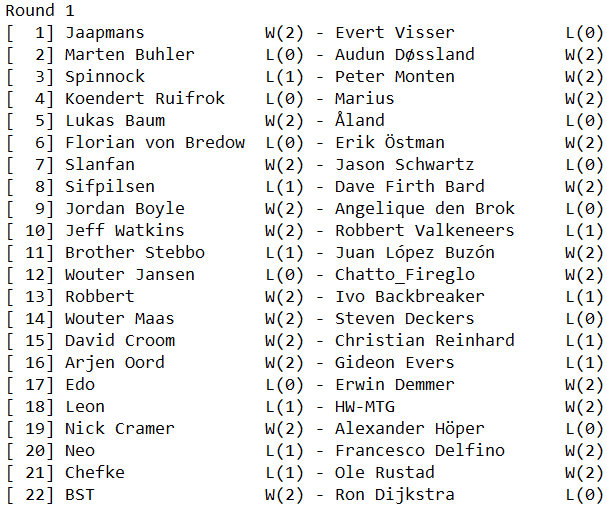 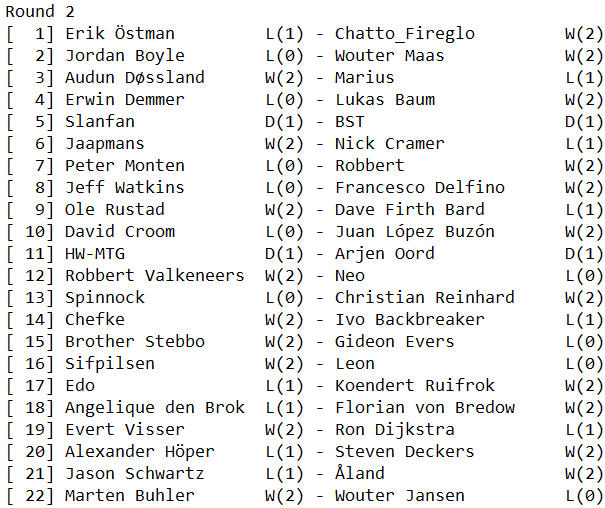 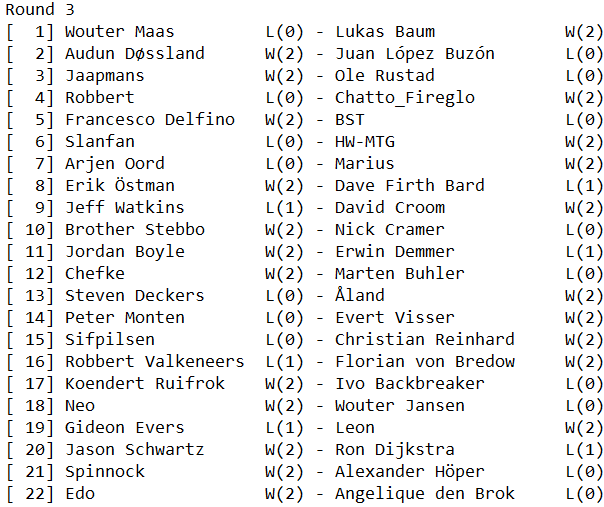 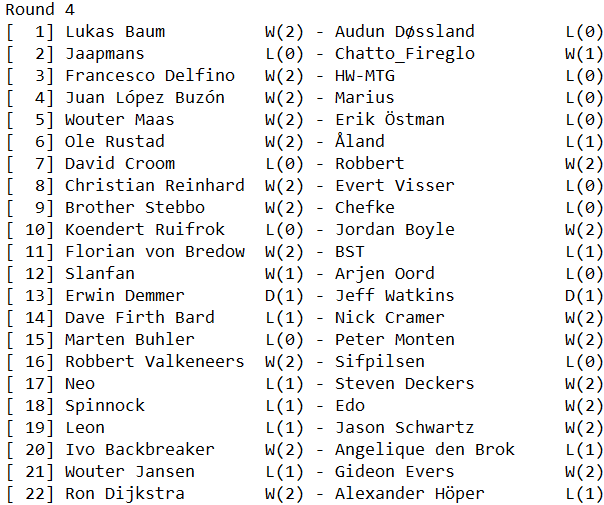 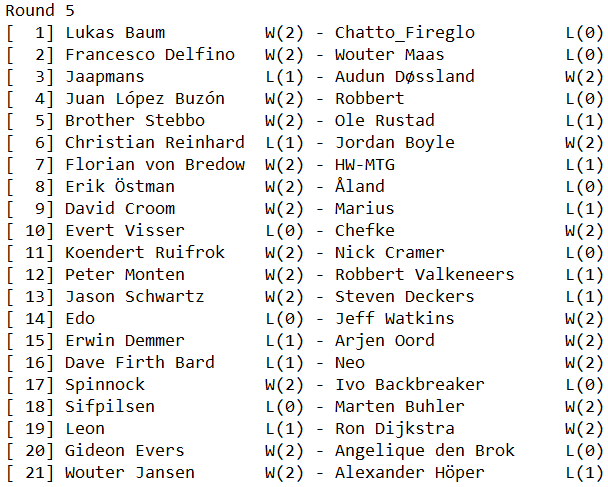 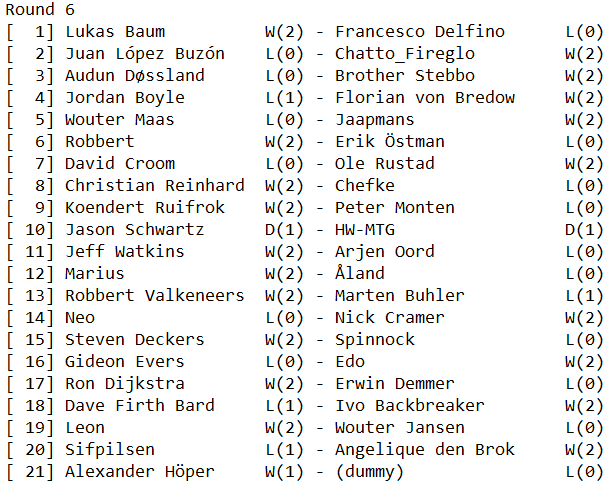