Sweet! Another Raging X tournament done and I had a blast. After talking with Anne about what else we could do, we created a new format called OS93. AB4k is fantastic and apart from restricting Control Magic it’s a format I wouldn’t change and I would play any time, any day. Creating another format is not always about thinking something is wrong with an existing format, it’s about trying out new stuff. While AB4k is already creature heavy, adding Arabian Nights adds a lot of sweet creatures to the cardpool. Banning City in a Bottle is an obvious choice if you want to see more ARN cards and to be honest, I would be happy if it got restricted in Swedish OS as well. Banning LoA and Mind Twist was about creating even more reason to play aggro or midrange. Hampering control also since The Abyss and Moat are not part of the cardpool.

I gathered most of the usual players and added people who showed interest in the format. The result was a 26 player tournament which means 5 rounds swiss (and not round robin like my screw up from last time). The format isn’t really a spicy one, so I expected mainly spike decks. We saw some very spicy ARN heavy decks by Rob & Dyan, Marten limited himself by not playing a single restricted card and many players played unpowered. Jimmy and David were doing live commentary on Twitch, which was a hassle due to some last minute streaming issues. Nevertheless well done, as it’s fun to watch for some of the viewers and also for the players once done with their own games.

We had a great final between Anne and Francesco, Arabian Aggro vs UW Control. Eventually Francesco won, which just shows how good UW Control is, even when stripping a lot of strong cards from the cardpool. Was the format a success? In the sense that it was fun, definitely! Is it the next best thing? Probably not. If we play it again, Control Magic moves to the restricted list. If you want more Spice, a X ARN card minimum could be added, although I’m normally not a big fan of such a thing. What’s next? The Raging Bull Series, live at the 29th of May! Live? Yes Live. If possible I will host a live tournament for as many players as allowed which are either vaccinated or tested (& quarantined after testing). If this isn’t possible there will be an online version again, although I’m really not looking forward to that. 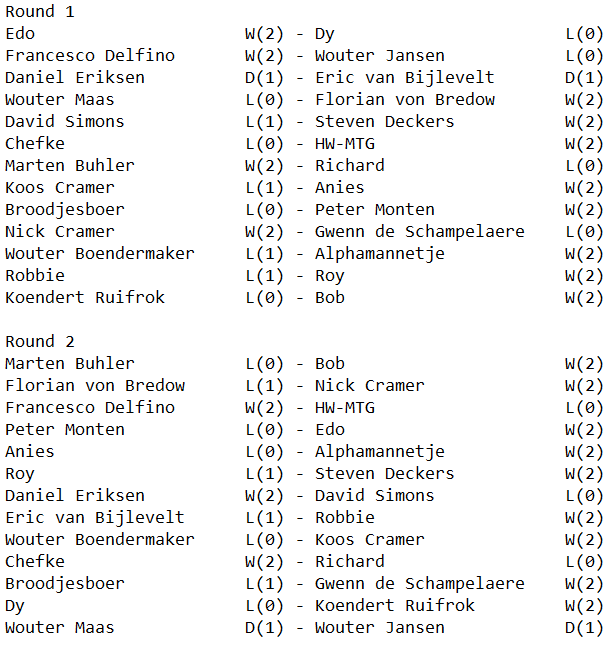 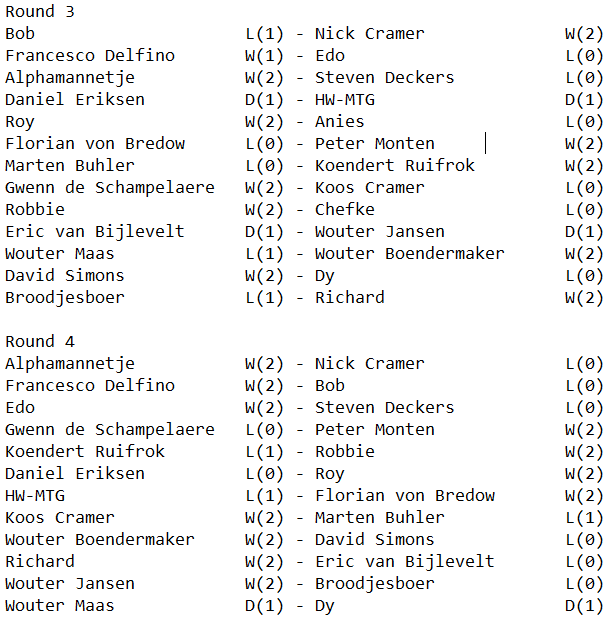 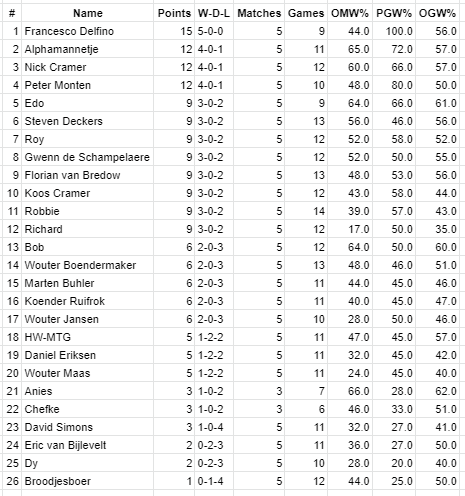